A heavy blanket of snow covered the city. 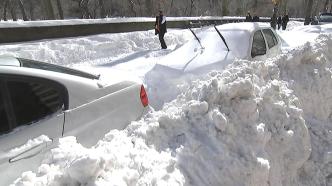 The commute had been brutal and after finally arriving at my office building, two hours late, I hurried across the street to the front door.

Homeless people are not an uncommon sight in the city. We become immune to them after a while. Why don’t they just get a job like the rest of us?

But, on this frigid morning, I found my attention drawn to a thin man huddled against the wall as if he could somehow draw warmth from the bricks.

Humph! Well, he made the choice to be out in this blizzard. But then, my attention went to his hands. He wore a coat and hat, but no gloves. As I watched, he drew his coat collar up higher and tugged his hat down, then thrust his hands into his pockets.

I wore expensive leather fur-lined gloves and still  my hands were numb. I couldn’t imagine how his frozen his fingers must burn from the cold. While I watched, he drew them back out of his pockets, blew on them, then quickly thrust them back inside as if to hold that minute bit of heat.

I rushed through the door into the warmth of the building, the man forgotten. After all, as I said, it is a common sight in the city.

At lunch, I dashed outside with two co-workers to the Deli two doors down. Once again, the thin man with no gloves drew my attention. I must be getting soft. Maybe because it’s almost Christmas and we all get sentimental around the holiday.

What was it about him? He didn’t hold a sign and didn’t appear to be begging. He simply appeared to be melting into the side of the building he leaned against. Then he raised his eyes to meet mine and I saw a depth of pain that shook me down to my toes. Once again, I turned my back and darted into the Deli to a bowl of hot soup.

Maybe I should take some to the man. That would ease my conscience. When I checked out, I ordered a bowl to go. After my co-workers headed back inside, I made my way through the drifts across the street to the thin man. Without a word, I approached and held out the sack from the Deli.

He looked away as if embarrassed.

“Here. I got this for you. Maybe it will help warm you.”

His hands trembled when he took the bag. He mumbled. “Thanks, mister.”

“Do you have somewhere you could go to get out of the cold today?”

He shook his head.

“Well, try to stay warm.” I turned and rushed back to work.

That evening, as I pulled on my fur-lined leather gloves, I once again thought of the thin man and his cold hands.

When I stepped out onto the snowy sidewalk, he remained huddled in the same spot that he’d been glued to all day. Once again, I trudged across the street.

“Hey, mister. You’re going to freeze to death out here. You need to go to the Salvation Army or somewhere.”

Tears filled the old man’s eyes when he looked up at me. “She’ll be here any minute.”

“Someone is coming to get you?”

“Well, then the least I can do is give you some gloves to help keep your hands warm while you wait.” I slipped off my expensive gloves and thrust them into the man’s hands.

He gave me a toothless grin and slipped them on. He flexed his fingers, nodded and huddled even closer to the building.

When I turned to walk away, I knew the old man would be dead before morning and he would die with my fur-lined gloves on. I couldn’t stop the tears that filled my eyes.

I plunged my now cold hands deep into my pockets and made my way toward the train for the long journey home. Somehow I felt redeemed by giving the old fellow my gloves.

When I passed by a department store, I ducked inside and bought a new pair for myself.

Cold hands, warm heart. Wasn’t that how the saying went?

“It is better to give than to receive.”

This site uses Akismet to reduce spam. Learn how your comment data is processed.